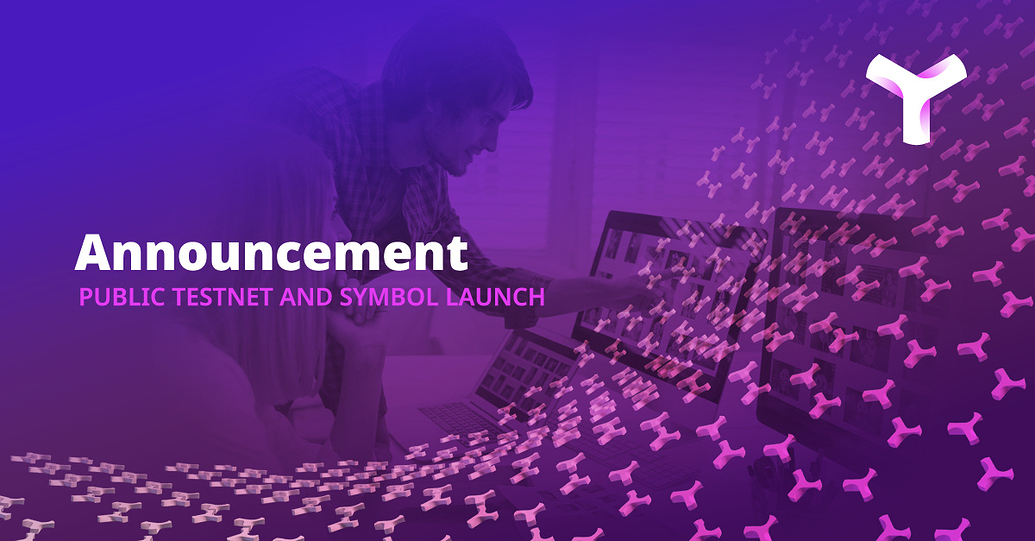 Join the discussion about “Public Testnet and SYMBOL Launch” on the NEM Forum!

NEW YORK, NY— FRIDAY, JANUARY 10, 2020— The NEM Foundation has announced the public testnet and new name for SYMBOL From NEM, the blockchain platform developed under the codename “Catapult.” SYMBOL is a full-featured solution for enterprises supported by a plugin engine that allows effortless interoperability and configuration.

Chief Technical Officer of NEM Foundation Nate D’Amico said: “SYMBOL is built for scale with frictionless onboarding and adoption for developers and faster POC to production development. We’re excited to welcome the community and partners to participate in our testnet in preparation for becoming validators on our mainnet.”

As unveiled during the successful NEM community vote, SYMBOL embodies a new brand and direction for NEM’s enterprise-focused blockchain solution, which reached complete status at the end of 2019. The subsequent testnet launch is in preparation for the mainnet scheduled to go live in early 2020.

NEM Foundation President Alexandra Tinsman said: “Our goal is to transform the way enterprises do business. We sought to build a secure and flexible solution that reduces costs and business friction, increases trust, and expands the flow of ideas to accelerate innovation. The SYMBOL blockchain does all this for a multitude of industries.”

Following the launch of the SYMBOL token, the XEM token will remain as a functioning currency on the NIS1 platform. SYMBOL will coexist alongside the original NIS1 chain—a token allocation opt-in process is currently underway. Current XEM token holders may elect to opt-in on a 1:1 basis for their SYMBOL tokens before or after the snapshot of XEM balances is taken. After the snapshot has occurred, the opt-in period will be several years.

NEM Foundation is a global blockchain-first company, incorporated in Singapore and launched in 2017, two years after the launch of NEM (XEM) an off-the-shelf enterprise-grade blockchain platform. The Foundation was created to introduce, educate, and promote the use of the NEM blockchain technology platform on an international scale to all industries and institutions. For more information, visit nem.io