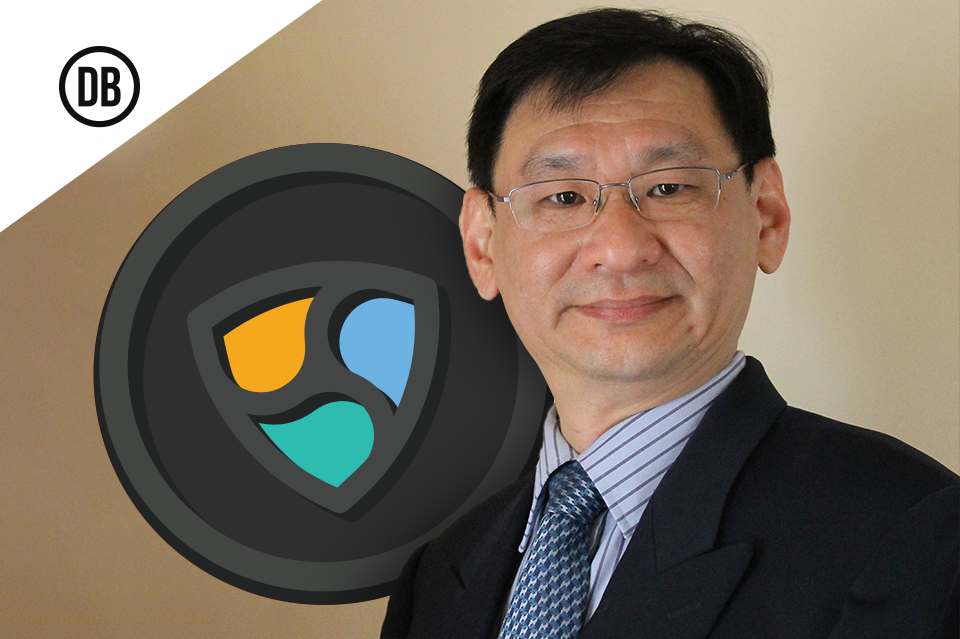 NEM is currently the 7th biggest cryptocurrency by market capitalization. Its a project based on proof-of-importance which allows not only the transfer of  funds but also the building of your very own applications. NEM which has been in development for almost 2.5 years, is very close to publishing its long-awaited update – CATAPULT – for private chain.

On Monday, during Wicked Crypto Meetup we had the chance to talk with Lon Wong, current president of the NEM.io Foundation. The promoter of NEM  told us about their strategy of cryptocurrency development, an unveiled secret about Private Chain CATAPULT date of release and commented on recent developments in China.

DowBit: How did you get into cryptocurrency?

Lon Wong: In 2010 someone came to me and asked to invest money in Bitcoin mining. He explained the idea of Bitcoin mining but I wasn’t a fan of that solution. I think it is a waste of time and money and I didn’t know where to sell it, because there were no exchanges in those days – that was the problem. In 2013 I decided to take a closer look into the technology behind Bitcoin which is Blockchain. I found Blockchain as a really powerful tool, especially for financial institutions. When I discovered the problem in that business I decided to do a Blockchain for the financial industry. I ran into Ethereum, spent  6 months there and found it wasnt  the right platform. I moved around and found NEM. I was a part of the team at the beginning then I started giving them my suggestions and finally they made me President of the NEM Foundation.

DB: What is the goal of the NEM Foundation?

LW: Three things are important for NEM Foundation: promotion of Blockchain technology in every industry, among governments and also academics. It makes sure that there will be mass adoption of  NEM. Those are the main purposes.

DB: What are the long-term goals for the NEM?

LW: The long-term goal obviously is to be the number one [cryptocurrency in the world]. Moreover, we want people to use the technology seamlessly so that it is transparent to the people on the street. You can just pick up the application and exchange the cryptocoin. We want it to happen. We want it to be simple, not to be hard for anyone to adopt.

DB: How big is the NEM team and where are the developers located?

DB: There is a lot of rumours about the CATAPULT – version 2.0 of NEM. Can you tell us a little bit more about it?

LW: What will be the biggest change is that CATAPULT will allow push and pull transactions. Push means when you sent a transaction Pull is when you request the other party to sign off. If I do a push-pull transaction it means when I send you X dollars, you send me Y XEM. I push one coin and I request a pull of XEM. If you sign off and I sign off, the deal is done. There are multiple parties. I can send it to you, you can send it to me, I can send it to my friends, they can send it to you etc. If everybody agrees we sign off and the deal is done. So it gives us a lot of creativity to do a lot more things, and this is a really important feature. The other important changes in the upcoming CATAPULT is speed and design.

DB: Is there any approximate date of the CATAPULT release?

LW: It should be released before the end of the year.

DB: On the NEM platform you can build applications, so it’s similar to Ethereum or NEO. Do you consider each of them as competition?

DB: During the meetup you were talking about the Blockchain Centre in Malaysia. You said that it helps developers, but if you’re not a developer is it a good place to go if you want to learn more about NEM?

LW: Yeah, you can actually go there to learn more because we have about 150 square meters space. If you’re a businessman or you have a solution that you want to develop we can help with that. Our developers come together from all around the world to develop our businesses.

DB: Are you planning to set up more Blockchain Centres?

LW: Yes, in Europe. I want to set up a smaller centre maybe in Warsaw, maybe in Vienna, London. Small, 150 square meters space, have 2-5 guys working there and use them to expand to the whole of Europe.

DB: You were talking about your wish to expand your marketing, and one of the most prominent news releases lately is that you will become a partner of the Lithuanian Basketball Team. Are you planning more actions like this, to support more clubs?

LW: No, not necessarily to do that, you just do one action like this and see how it goes. We use marketing to find businesses, or sponsor events.

DB: Why did you pick the Lithuanian Basketball Team?

LW: Someone came to us asking for sponsorship and we thought that it would be a good idea. They were very friendly.

DB: Are you happy with the results of this partnership?

LW: Yeah, so far so good. I have their basketball t-shirt, they won the first match, it’s all good.

DB: The last question is about the ban on ICOs and exchanges in China. Will it affect NEM?

LW: No. It won’t affect us because we’re proceeding with business as usual. China betting will slow the whole crypto scheme down but it will continue to move on. There is no going back, it just keeps going forward.

DB: Some are saying that an ICO ban is a good thing. What’s your opinion?

LW: As a matter of fact from a law perspective, the current type of ICO is not legal. Because it’s not legal it forces Securities Commissions from all countries to regulate ICOs in a different manner from IPO. And that will flourish. We shouldn’t stop this from happening, because it’s a form of new capital, new money, and anybody can actually participate if the ICO is legal. I don’t need to find venture capital. Regulate so that everyone can have a chance of founding business, doesn’t matter where you’re from. That helps in building a global community.