Opening Line, Inc. is one of the unique companies in Japan with a focus on developing solutions on the NEM blockchain. Examples of these are apps/services, PoCs. Opening Line also holds information and educational seminars for Japanese companies.

This article covers an introduction to blockchain, NEM, and its next-generation core engine codenamed Catapult and introduces what Opening Line Inc. is striving towards.

Blockchain is a distributed ledger technology, which is a mechanism to hold historical data such as transactions in a decentralized manner.

Blockchain has the following features, especially on a public chain:

This is because a blockchain is running a lot of distributed nodes and has no administrators.

NEM is a blockchain protocol that was created in March 2015.

NEM the blockchain platform has a lot of built-in features that you or your business can use l such as mosaics and multisig accounts.

You can use these functions via API access and SDKs safely and easily.

What is a MOSAIC Token?

Mosaic is a function that allows tokens to be created, issued, and distributed on NEM.

You can set the number of Mosaics (tokens) and whether it (they) can be transferred to a third party. It is possible to issue tokens according to specific project needs such as tickets and voting rights.

Opening Line, Inc.’s mobile app FiFiC, which was released in Jan 2019 for iOS/Android, uses mosaics. When you walk or go to a specific spot with FiFiC, you will earn the project’s mosaic token.

With the mosaic function, points can be issued easily according to the region and events. This project can not only promote health but also revitalize less-trafficked communities and local events.

With multisig accounts, you cannot perform operations such as remittances without the signatures of multiple co-signer accounts. 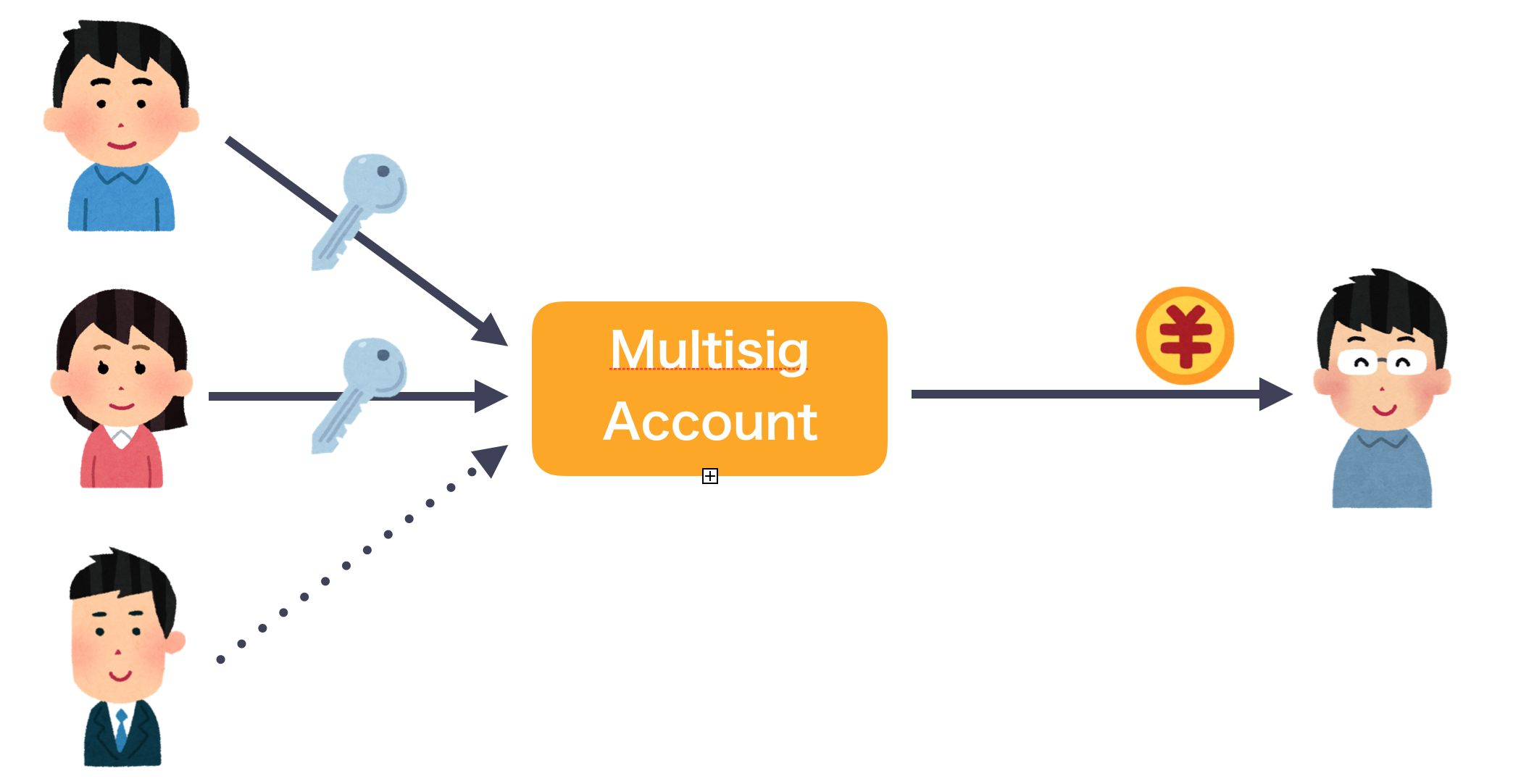 Written by Daoka – This article appeared first on Medium.

This protects the account from internal fraud by employees at the company, enhances the security of the account, and enables the organization’s efficient workflow.

The co-signer of a multisig account can be changed later and can be applied to express rights sharing or transfers.

Use Case Of Multisig Accounts

An example of the multisig account is used in the shopping support app: “3 Step Wallet” for intellectually challenged children who require a financial guardian.

This wallet works for those who require approval before initiating/completing any transactions.

When shopping for people who require a financial guardian, the guardian’s approval is required, and an attendant is also required when actually shopping. In a traditional system, the approval by a guardian can take months, the ‘3 Step Wallet’ vastly decreases wait times.

The “3 Step Wallet” uses a multi-sig account to process the approval and settlement of guardians at the same time, and we are now conducting demonstration experiments at select welfare facilities.

Catapult is NEM’s next-generation core engine that has been rebuilt from scratch, inheriting the NEM concept. Catapult has improved performance and functionality and has evolved into a safer and easier to use blockchain.

Catapult adds features that enhance convenience and safety for more enterprise use. Here are some features.

Complex transactions such as those described above will not be executed until the signatures of the three parties are complete, and will be executed at the same instant, so all related transactions will either succeed or fail. (no need for escrow)

This makes it possible to carry out transactions securely by reducing the risk of mistakes and carry-aways.

This makes it possible to build exceedingly more flexible workflows than before.

Other Features And Details Of Catapult

NEM is a public chain, and mijin (*) is a private chain product that uses the same core engine.

These are the following major differences between public and private chains.

* mijin is a product of Tech Bureau Holdings.

Public chains can be joined by anyone, and this record can be tracked, so it is not advisable for those enterprises with privacy concerns and as such, private chains tend to be preferred.

However, we believe that it is possible to use the public chain for corporate use by storing only hashed data and storing personal information outside the blockchain.

Also, in an environment where high-speed performance is not required, the public chain is less expensive and easier to start, so we recommend it is better to select a chain according to your specific requirements rather than making a general decision.

As mentioned at the beginning of this section, on Catapult, public chain NEM and private chain mijin share the same core engine.

This makes it relatively easy to switch between public and private chains at the application level.

The public chain and the private chain are not contradictory, and we can complement each other by the way of ingenuity. (This is called a Hybrid Chain solution).

Why Do We Use NEM/Catapult?

So far, we have explained NEM and its next-generation core engine Catapult.

NEM/Catapult has been created with consideration to what functions are convenient for companies and individuals in order to use blockchain, and how it can be used safely and easily.

We do believe NEM/Catapult will provide people with the many benefits of blockchain.

Of course, what you can do with NEM/Catapult can be done with other blockchain platforms.

However, it may be necessary for each individual to implement those features themselves. And this can result in a lot of costs and diminished safety.

NEM/Catapult cannot create or extend functions on its own, but that is why there are natively useful functions on the blockchain that can be used safely and easily.

Using NEM / Catapult, you can quickly make a prototype and verify it, and as such speedily create services that solve social issues and discover/create new value.

Opening Line has been developing its own services such as FiFiC and “3 Step Wallet”. In addition, we have conducted demonstration experiments, service construction and support using NEM/mijin for companies and organizations such as Kindai University.

Some of our projects are using Catapult from an early stage, accumulating that essential know-how prior to the public chain release approaching Q1 2020.

Many of our projects we have been tackling are aimed at solving corporate, organizational, and social issues.

We will continue to work on a daily basis to achieve a better society through the power of blockchain with NEM/Catapult.

If you have any questions about building a service/app using blockchain with NEM/mijin, please contact: