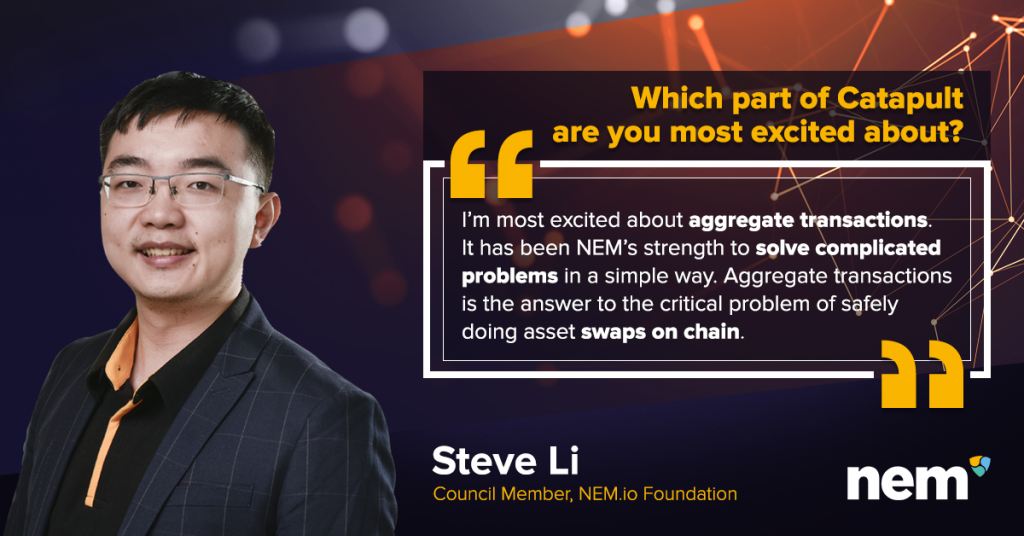 First appeared on the NEM Blog

After graduating from Tsinghua University with a degree in Engineering and Physics majoring in nuclear science, Steve started his career as a manager in the operations management department at CITIC Security. He worked mainly in the traditional finance and FinTech industry before joining NEM in 2017.

Steve Li was first introduced to NEM by a friend in 2015 where he began doing some translation work and eventually decided to quit his job and join NEM full time as Director of NEM China and later Regional Head. He lead a team of around 20 people that worked on Marketing, Business Development and Technology Support for NEM blockchain projects in China. He also worked on getting XEM successively listed on Huobi, OKEx and Binance as well as representing NEM at events such as the Mars Summit and GMIC 2018.

Steve Li is currently exploring and researching ways Catapult can be used to build a theoretical solution for supply chain management. He is also working on increasing NEM’s community engagement and managing key partnerships in China.

NEM is a project focusing on the application of blockchain technology to help solve real world problems. At that time, most people only knew about bitcoin but they have not realized how powerful the technology behind bitcoin can be. NEM has shown me the most succinct and beautiful ways to use blockchain technology to empower those who have various problems that can not be solved by old methods.

What is your favourite NEM project?

My favourite project is Luxtag. It has a lot of potential to be explored and is the easiest for people to understand why blockchain matters in this scenario.

Which part of Catapult are you most excited about?

Get to know our Council members Pedro Gutierrez and Alexandra Tinsman