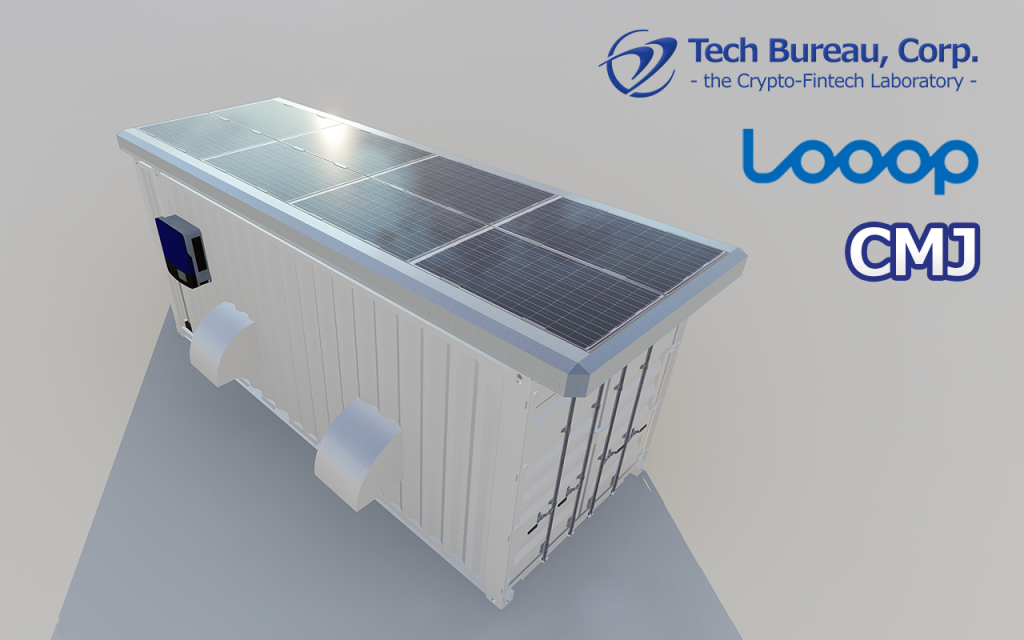 Looop leverages its know-how in the solar power generation field to procure residual power at dramatically lower prices than the market average and will supply it to this new mining business.

CMJ brings to the venture its proprietary mining container that has high mobility, plug-and-play ease of use, and mining efficiency. It also offers cloud mining services and a mining pool. Among other innovations, this new business will locate Looop’s solar power generation facility on top of CMJ’s mining container to increase thermal insulation, maximize power generation, and mining efficiency on a square meter basis. 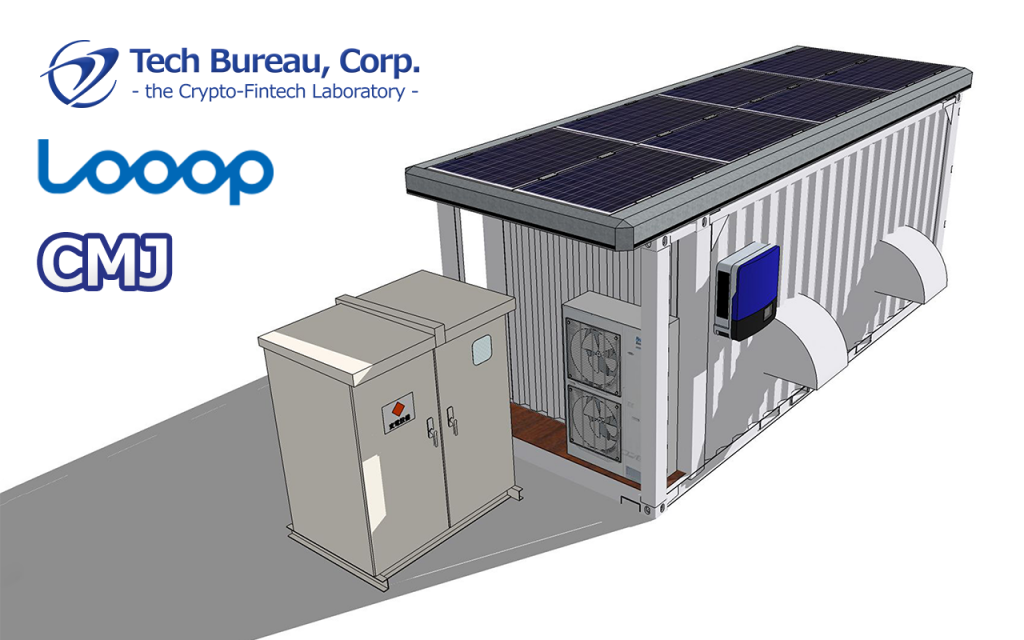 Tech Bureau operates the cryptocurrency exchange, Zaif, and will offer cryptocurrency settlement technology to the CMJ mining service. Zaif also provides a liquidation service in which CMJ sells cryptocurrency mined by its machines. In the event of a sudden drop in the price of a cryptocurrency, users can avail themselves of a Zaif derivative to hedge their risk.

Looop and CMJ will execute the new business’s ICOs on COMSA following Tech Bureau’s recent success in selling nearly 90 million USD worth of cryptocurrency in less than a month in its own CMS token sale.

To expand its power generation and mining business, Looop plans to hold its ICO from December, 2017 to February, 2018. Details to be announced soon.

To fund its mining container development and pool service launch and meet global-scale ambitions, CMJ aims to hold its ICO from December, 2017 to January, 2018. Details to be announced soon.

Looop was established in April 2011 just after the Great East Japan Earthquake. It provided the city of Ishinomaki in Miyagi prefecture with power generation equipment and installation at no cost.
After the Japanese government introduced a feed-in-tariff scheme for renewable energy, Looop first launched “MY Solar power generation kit 12,” an entry level kit for those who wished to have their own solar power generation capacity. More than 2,000 of these relatively inexpensive kits have been sold in Japan.
Notably, in the PPS (Power Producers and Suppliers) sector, Looop launched “Looop Denki” to residential electric power customers in April 2016. They are now supplying electric power to more than 60,000 homes.
Looop aims to be a leader in providing renewable energy generated by solar, wind, and water power and related services.

Starting with its proprietary container specialized for mining, CMJ now aims to launch a mining pool and a cloud mining service. CMJ aims to become a mining solutions company that provides world-class efficiency from Japan.

Tech Bureau recently launched a one-stop solution, “COMSA”, that provides companies with consultation, expertise, and solutions to support their very own ICOs and implementations of blockchain technology into their businesses.

All product and company names herein may be trademarks of their registered owners.