NEM makes a move in Dubai 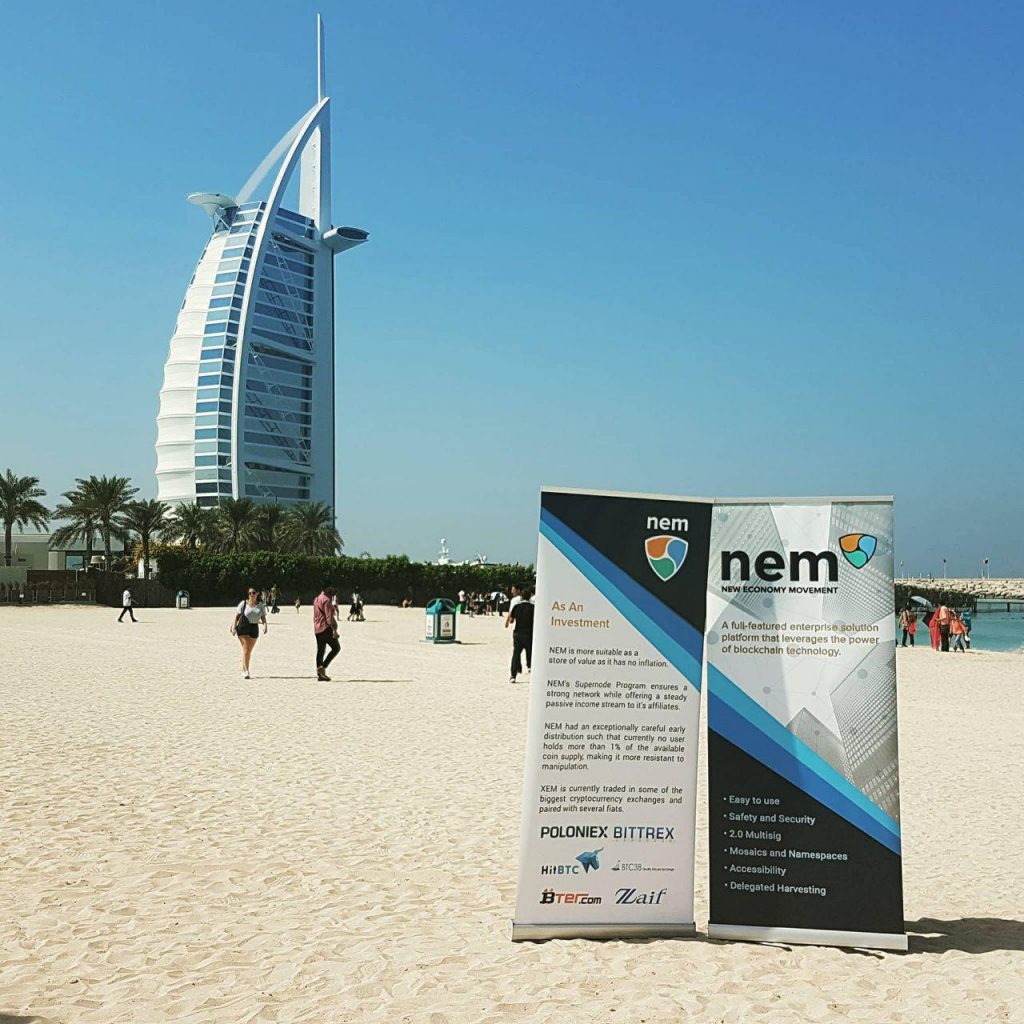 Oct. 17, 2017;  one week before the World Blockchain Summit in Dubai, NEM-UAE team had conducted its first official NEM talk in Dubai, United Arab Emirates. It was held at the Albert Einstein business center of Somewhere Hotel in Deira which started at around 7:45pm.

The audience was composed of members from different parts of the corporate world such as businessmen, accountant, insurance sectors, manufacturing and others. A couple of member of the audience who came had to travel at least 120KM from Ras Al Kaimah to Dubai and back to be able to attend the event. Topics that were discussed included introduction to Bitcoin, cryptocurrency and blockchain technology; the NEM blockchain, its use cases, applications, products and potential business solutions; Introduction to cryptocurrency trading and; banking on NEM using the XEM token.

Next event major public event of NEM-UAE will be on Nov. 25 2017 to be held at Metropolitan Hotel Dubai along Sheikh Zayed Road. It will be a whole day event. Morning session will include discussion about cryptocurrency and the NEM blockchain.

A council member of the NEM Foundation, Nelson Valero will be discussing in depth details about the NEM blockchain. Afternoon session will be a training on trading cryptocurrency to be conducted by the Head of NEM Philippines, Emerson Fonseca.

Cryptocurrency and blockchain technology is slowly getting popular in Dubai since the government has adopted a project called Blockchain 2020 wherein they are aiming to run the city using blockchain tech. Dubai also have a vision of solely using cryptocurrency as payment for government services in the near future. Soon residents of the Dubai must be educated about cryptocurrency since it will become a part of their economic ecosystem.