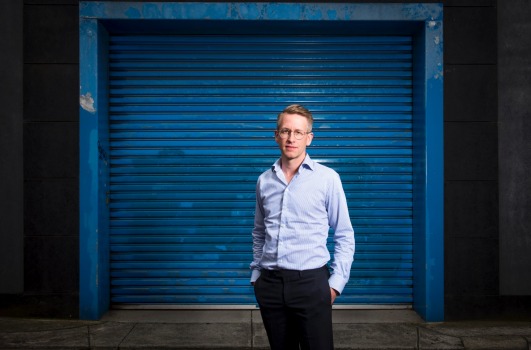 Apollo Capital chief investment officer Henrik Andersson says the fund will give sophisticated investors a way to get exposure to cryptocurrencies. Supplied

Start-ups with designs on making it big in the fast-growing world of blockchain and cryptocurrency will be targeted by two new funds focusing on the Australian market, with almost $44 million to spend.

At the same time an $80 million global blockchain development fund, NEM.io Foundation, is expanding to Australia, with its global director of partnerships and strategic alliances, Jason Lee, planning to deploy around $14 million locally.

Mr Carosa said as the market continued to mature, he expected to see more funds targeting cryptocurrency and blockchain investments. 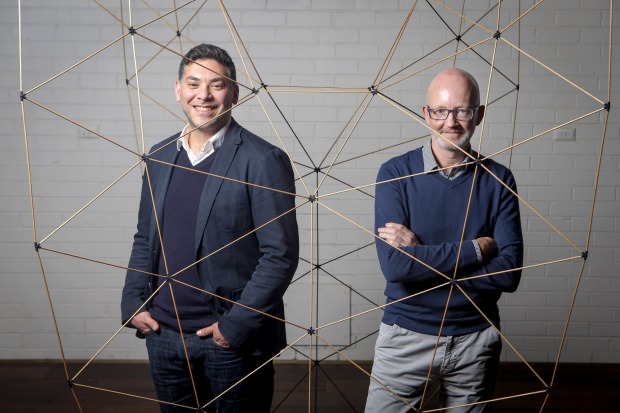 Paul Naphtali, managing director of venture capital fund rampersand, says he’s excited about the potential of blockchain, but he has not allocated a portion of the fund’s capital to it. Wayne Taylor

“It’s still very embryonic, but for us this is part of the market maturing and bringing more credibility to the space,” he said.

“You hear that people like Bill Gates, Richard Branson and funds like Andreessen Horowitz taking long-term bullish views on bitcoin and blockchain … and this also add further credibility.”

Already some locally established venture capital funds are starting to look more closely at the space, with AirTree Ventures and rampersand saying they were bullish about blockchain, but cautioning that there were still a number of dodgy ventures taking advantage of the hype.

“I worked through the past two boom-and-bust tech cycles. The almost feverish excitement around blockchain and cryptocurrencies reminds me of the heady days of mobile ten years ago, or the web 20 years ago – new tech changed the world, but with the hype also came some spurious companies,” rampersand managing partner Paul Naphtali said. 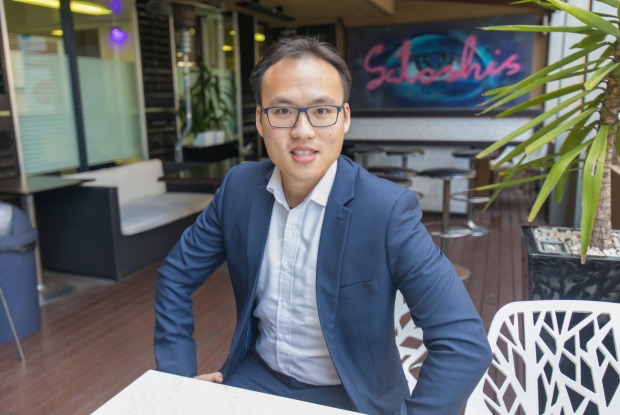 Global director of partnerships and strategic alliances at NEM.io, Jason Lee, said the fund was interested in investing in real world use cases of blockchain. Supplied

“We’re big believers that major opportunities will come off blockchain in particular, but we’re not allocating a chunk of our fund just yet.”

The new $30 million Apollo Capital fund will be the first in the country to actively manage crytocurrency assets like bitcoin and will be open only to sophisticated investors, with a minimum buy-in of $50,000.

At the same time NEM.io, which has one of the top 10 most popular cryptocurrencies in the world called XEM, will be scouting for blockchain  start-ups utilising its NEM blockchain.

It says it will have a “community-based investment approach”, in which the majority of the NEM.io community needs to support the fund, along with other investment conditions.

The foundation is willing to invest up to 50 million XEM in projects, equating to about $13 million. So far it has invested in Melbourne-based start-up CopyrightBank, which aims to be a one-stop-shop to protect digital assets and has raised the equivalent of $650,000 from the fund.

“The key selling factor of the NEM blockchain is it’s an easy to use plug and play enterprise solution. A developer who understands Javascript will be able to build on it simply,” Mr Lee said.

“It came together as a group of people believing in the concept of blockchain. We wanted this to be available for the community as well, which is why we’re a community fund, not a VC or private equity fund.”

While NEM.io wants to invest in “real world use cases” for blockchain, Apollo Capital would be more focused on long-term cryptocurrency investments, enabling sophisticated investors to easily get exposure to this new asset through a fund that comes with experience in both financial markets and venture capital.

“The growth of this nascent asset has been rapid but still small in comparison to asset classes such as stocks, bonds or commodities. We see Bitcoin as a form of digital gold, which sits at around $10 trillion,” Mr Andersson said.

AirTree Ventures partner John Henderson was also bullish about blockchain, saying he was the first angel investor in CoinDesk in 2013, which remains the world’s leading blockchain content site, but said it was still a case of buyer beware with many investments.

“We think blockchain is one of the most fundamental technological innovations of our generation. Trustless distributed ledgers have the potential to reshape various industries in which third parties extract value [think payments, e-commerce, property title, civic identity etc],” he said.

“Token sales [ICOs] are an intriguing development with certain companies raising unheralded sums off the back of minimal progress. Some bear all the hallmarks of straight out scams … That being said, there are also companies conducting token sales with great teams, deep technology, and a strong community for whom the token adds additional economic incentive to become an early adopter.”

Of the funds contacted by The Australian Financial Review Blackbird Ventures was the most critical, with Niki Scevak saying he was excited about some of the opportunities such as the potential for better governance structures and ownership protocols and standards, but stating that there was “no more extreme noise to signal ratio in the investment world at the moment”.