Article about the Global Blockchain Conference in Chengdu, first published at NEMChina.

June 14 ~ 15 2017, During the Global Blockchain Conference in Chengdu, the NEMChina group came to the center of the stage for the first time.

From early in the morning until the end of the meeting the NEM Booth was flooded with passionate fans and investors. The staff from NEMChina introduced all attendees to NEM’s history, ideas & applications. NEMChina handed out nice presents to the visitors of its booth, like NEM branded Merchandise and other goodies such as fidget spinners, which are known to serve as stress relievers.

The interactive atmosphere was beyond anyone’s expectation. During June 14th alone, more than 400 new people joined the QQ group of NEMChina. 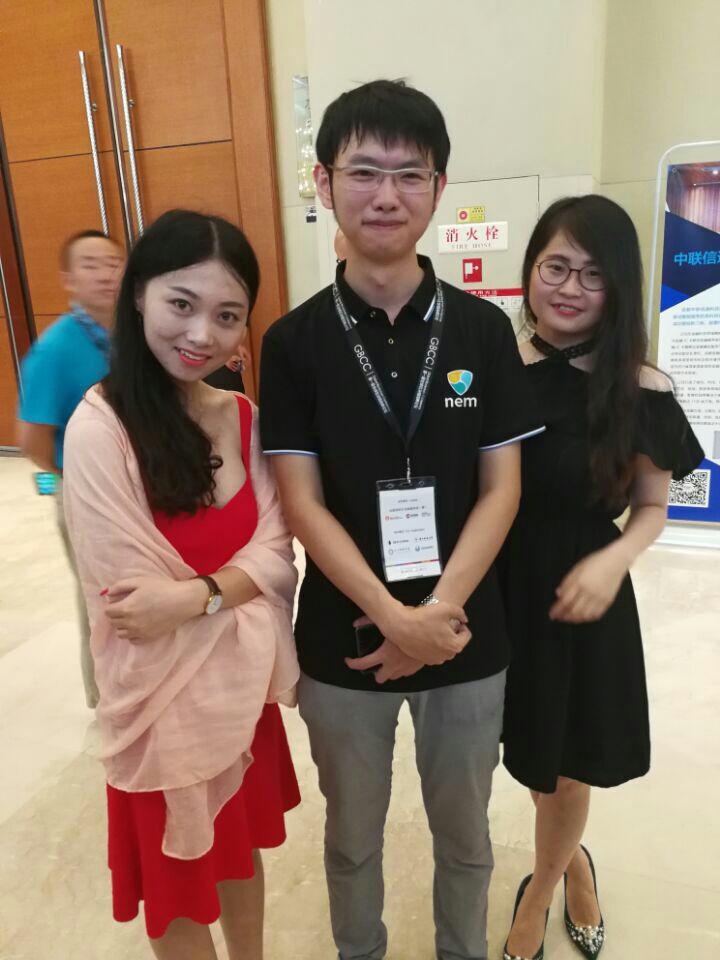 Mr. Ronel Li from the chinese NEM Team with two attendees of the GBCC 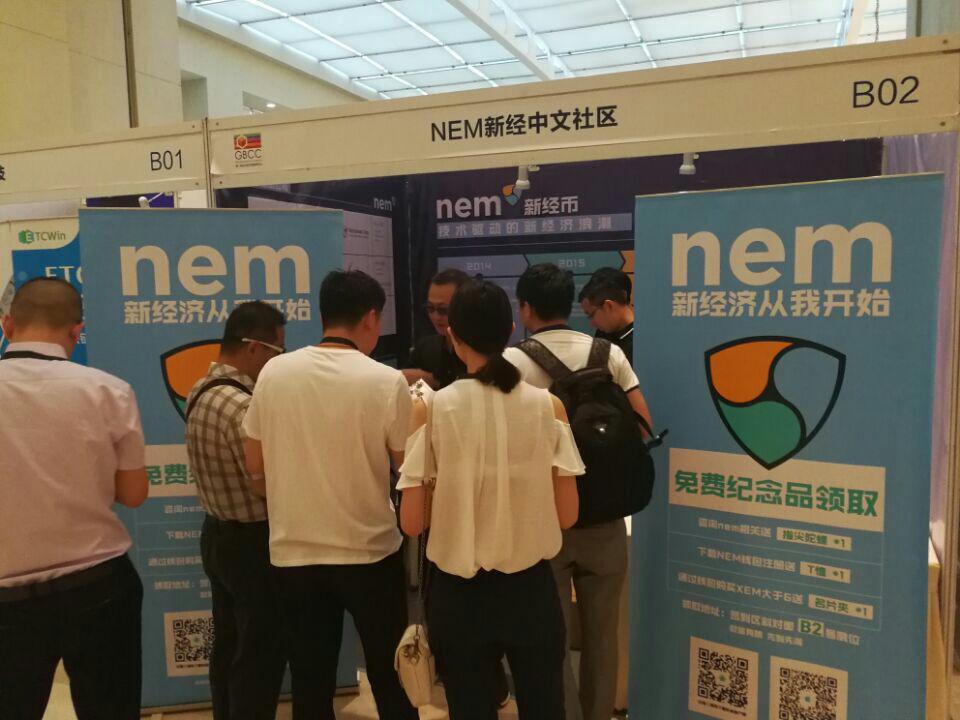 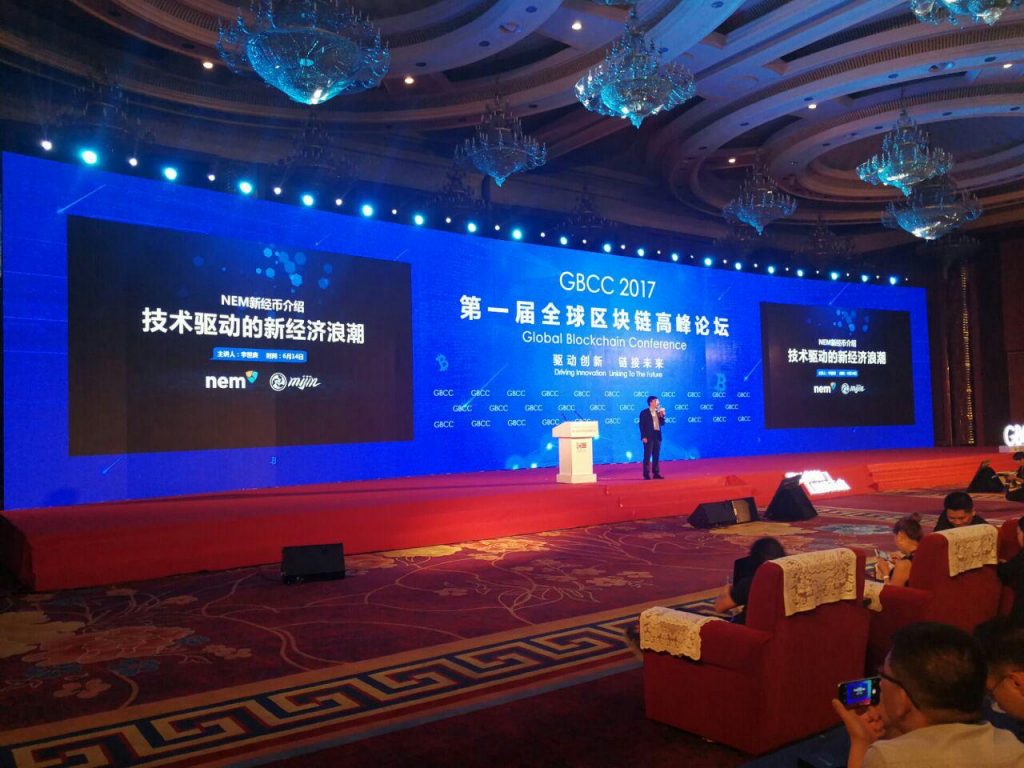 Mr. Li Shigeng （Steve Li）delivered a speech about NEM in front of 2000 people, with the topic of “Tech driven wave of New Economy”, and joined the round table meeting.

He presented the services of NEM and introduced the attendees to NEM’s Public- and Privatechain, the environment of the NEM.io Foundation and also shared perspectives about the Investment value of NEM.

The crowd, consisting of elite blockchain developers from all over China, important blockchain industry players and common crypto investors as well, responded to the presentation with a loud buzz and thunderous applause. 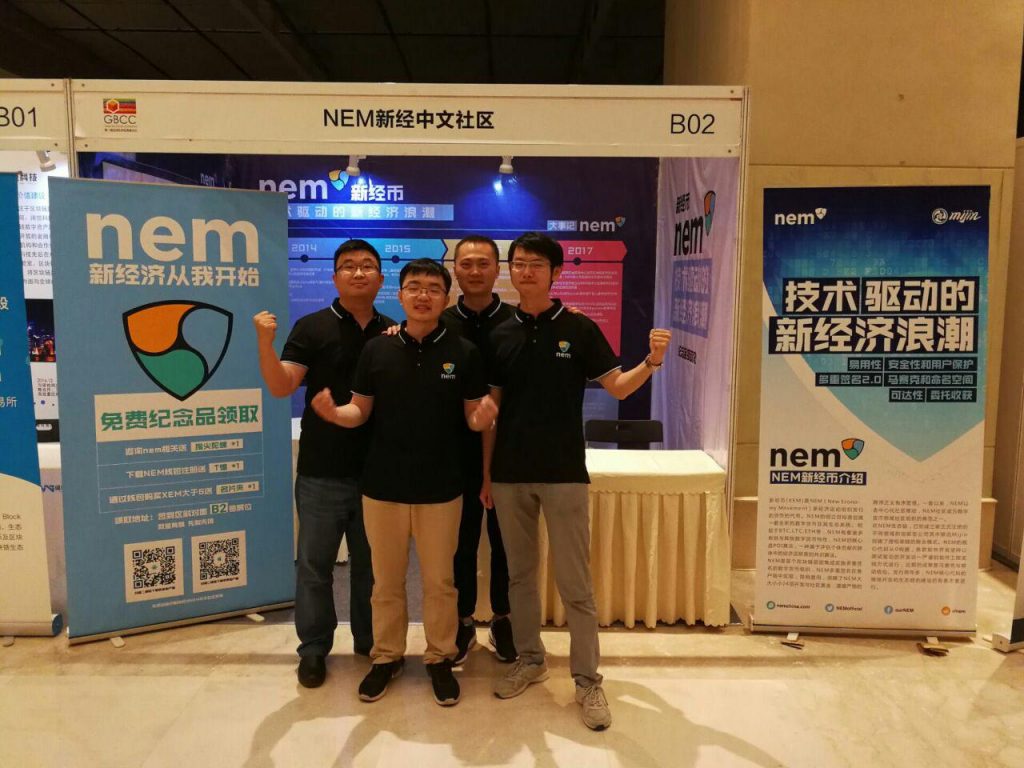 The popularity and success of the blockchain conference is way beyond the expectations of the chinese NEM team.

The NEM Foundation as well as NEMChina will continue to expand the power of application development as well as marketing and networking, to ensure and propel the success of NEM and NEM’s investors’ best interest. 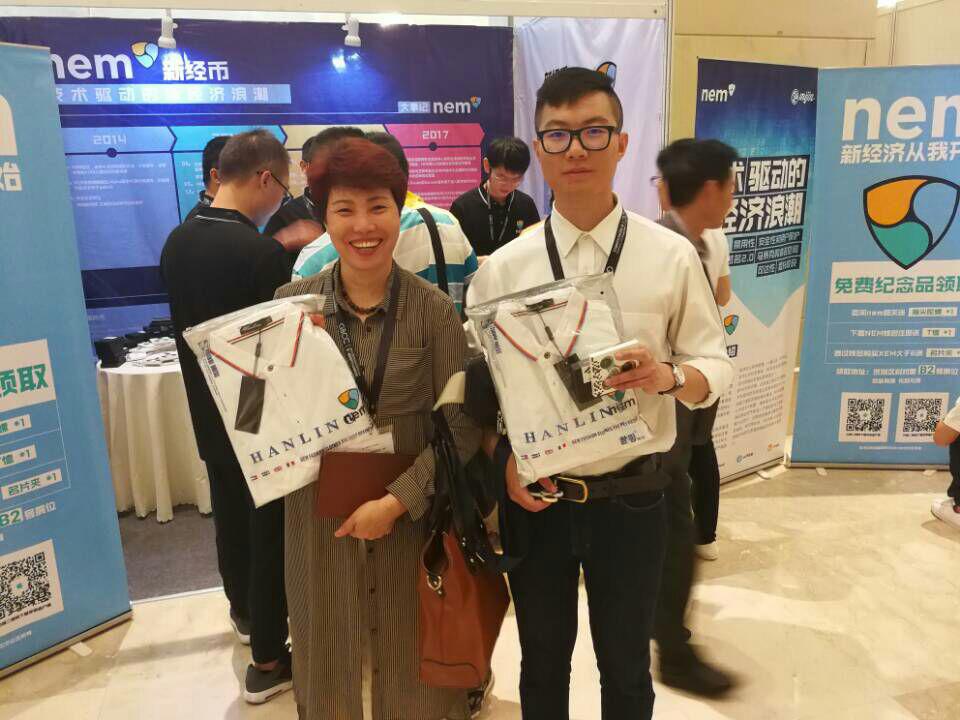 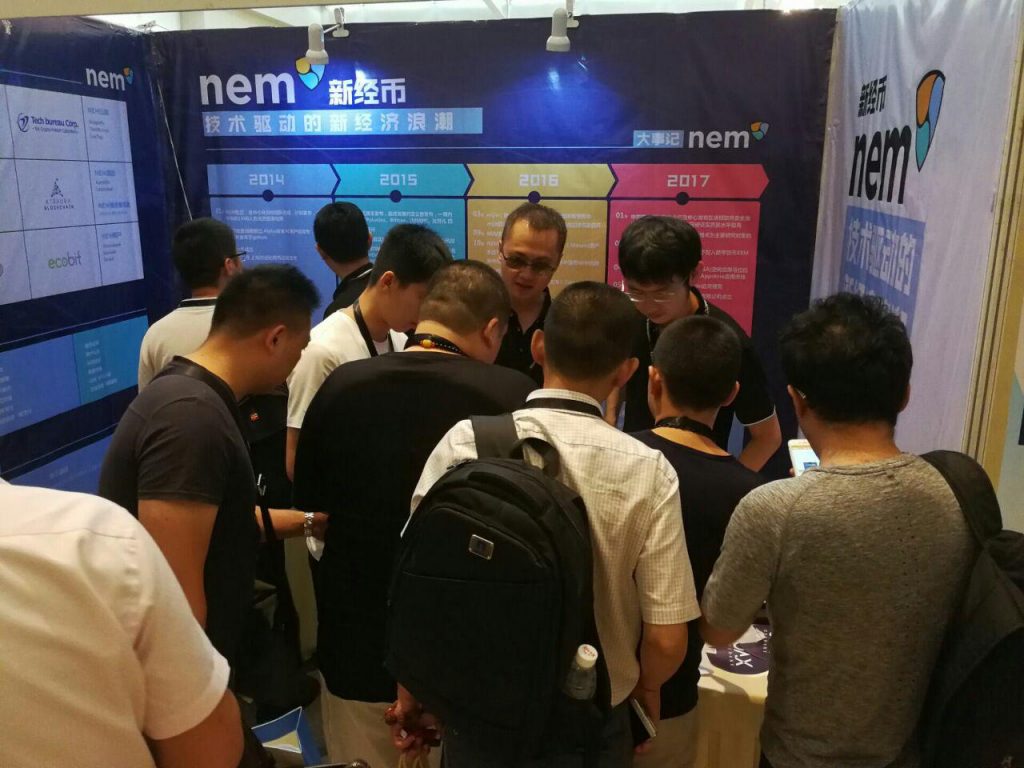 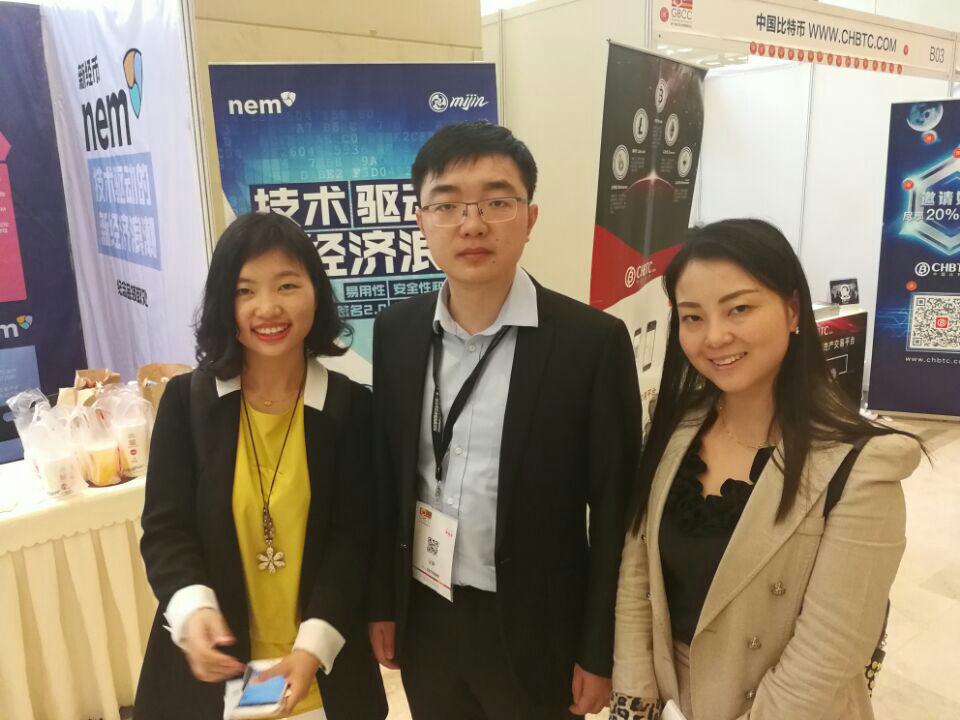 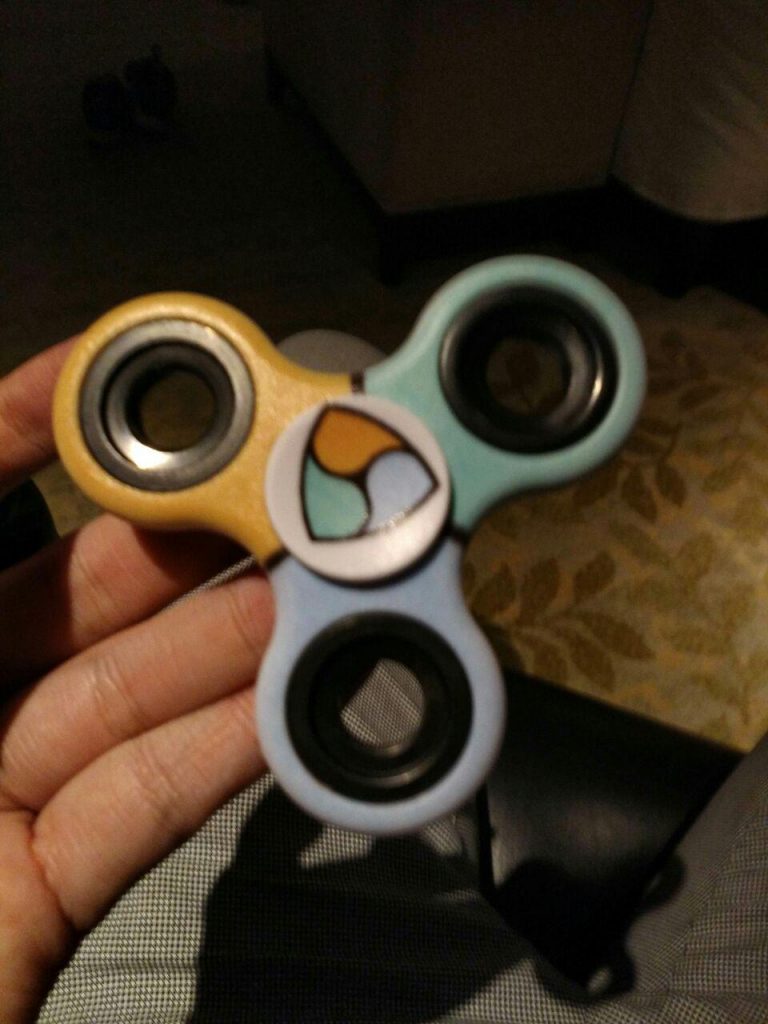