The NEM Foundation to expand into South Korea, one of the biggest traders of its XEM cryptocurrency worth $2.3 billion 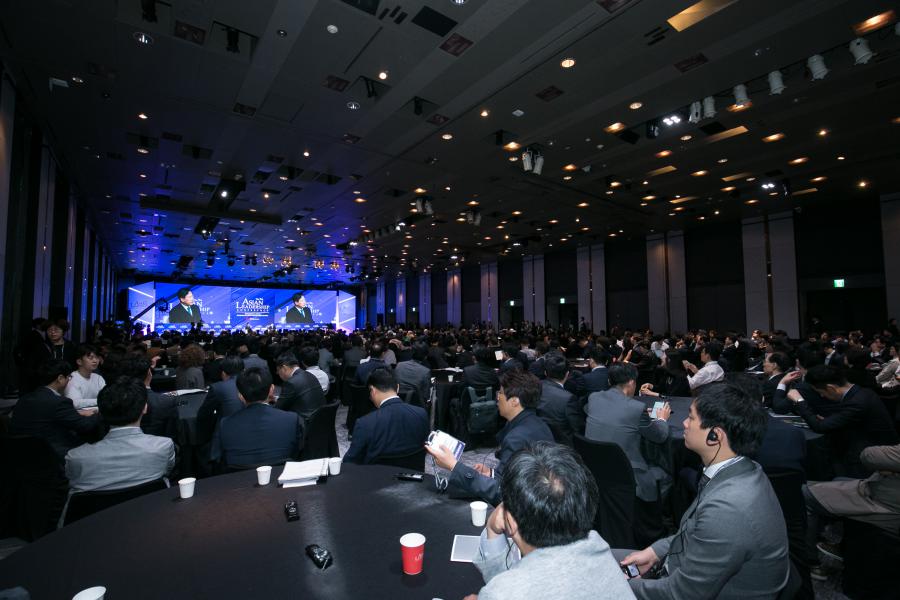 Accelerate Korea’s FutureBlock Symposium provided NEM with the platform to expand our network of contacts and gain partners in the Korean and global scene.

SEOUL, SOUTH KOREA, June 11, 2018 /EINPresswire.com/ — “Korea has always been a strong supporter of NEM’s cryptocurrency XEM despite the lack of activities by NEM,” said Lance Cheang, project director at the foundation. “The Foundation feels it is high time to repay the faith that Koreans has in NEM and further improve on our technology and expand NEM’s use cases with the inclusion of Korea’s ecosystems.”

So far, activities have been sparse in South Korea, including NEM’s support for KChain, a systems integrator for NEM, and Scanetchain, an augmented reality system on blockchain. But this will change in the near future as NEM creates a local entity and hires local talent to lead the NEM Foundation’s expansion into Korea, Cheang said.

NEM also has a community fund of 250 million XEMs open to startups that apply by submitting project proposals, or lightpapers. If the project passes a community vote, the startup can receive up to 3 million XEMs (valued today at USD$750,000).

Cheang said the blockchain industry has an edge in Asia, which is first out of the gates because companies do first, pivot later. In contrast, he has seen complications in the U.S. due to regulations and compliance requirements that delayed execution. NEM is investing $40 million in blockchain globally for expansion and community engagement.

“I do see that there’s a lot of potential growing in South Korea,” he said on the sidelines of FutureBlock, a Symposium held last month in Seoul, South Korea, that seeks to explore the future of blockchain technology and create synergy between key stakeholders of diverse sectors. “Just today, a gentleman from the pharmaceutical industry, yesterday somebody from banking sector and somebody from the transportation sector pushed me for input on how to implement blockchain in their industry. So I think there’s a lot of potential and a lot more things can be done here. The FutureBlock Symposium showed NEM that Korea has a vibrant business scene that is hungry for blockchain and NEM is ready to fill the gap.”

“We feel that NEM’s expertise in the blockchain sphere and our existing enterprise use cases can benefit Korean businesses,” he said. “Ease of use is also an added advantage for budding developers keen to dabble into blockchain systems development through our API-driven blockchain software.”

Individuals, government, academia, corporates and business can also be more assured of learning and support via the future NEM Blockchain Center, which will house the training and technical teams to assist companies creating blockchain applications, Cheang said.

“Korea’s blockchain industry is growing exponentially and engaging with the global market,” said Alina Gratschner and Carlo Jacobs of Accelerate Korea, which founded and organized FutureBlock. “Perhaps those are also latent effects from the huge investment made in Korea’s startup economy drive that are now flourishing in blockchain.”

NEM’s charter is to promote and educate the public and government, academy and corporates about blockchain technology. Over 3,500 attended the FutureBlock Symposium last month in Seoul, held as part of the Asian Leadership Conference to convene the world’s technological and political leaders including former U.S. Vice President Dick Cheney and leaders Gerhard Schroeder of Germany, Michelle Bachelet of Chile and Jan Peter Balkenende of the Netherlands.

Sungjae Hwang, CEO of Korean blockchain startup accelerator FountationX who spoke at the symposium, says Korea’s high demand for cryptocurrency trade has spawned the creation of over 100 exchanges and new industries around ICOs, such as marketing agencies, law firms and developers. Although financial regulators last year said they aimed to quash ICOs, it was never legally enforced. Korean blockchain companies simply moved their projects overseas to launch the ICO.

The ICON project, launched last year, is a popular Korean blockchain foundation powered by The Loop that aims to hyperconnect the country. The Loop has partnered with companies like Line Corp. and public agencies like the Korean Customs Service to build their blockchain networks. Hwang believes such innovation will help Korea break from fast follower to leader in this technology.

“We have lots of human resources and we are good at doing tech in a rational, effective way,” he said. “There are not that many blockchain applications in the real world. Koreans can make tangible applications for use in daily life.” Spoqa, a startup that digitizes loyalty point systems for retail businesses, for example, is preparing for a reverse ICO to tokenize its user points.

Korea’s location, between China and Japan and conveniently close to Singapore and Hong Kong, helps to make the country a hub for the blockchain community, Hwang added.

FoundationX, a spinoff of Korean accelerator FuturePlay, was launched to clear up the dark side of the blockchain industry such as scams and pump-and-dump ICOs.

“Only 1 percent of ICOs will lead, but they could become the next Google, Facebook, or Kakao in Korea. That’s why we jumped into this area and try to find the 1 percent,” he said. Hwang sees high potential for applying the technology for good in areas like Internet of Things, virtual and augmented reality, and ecommerce.

He sees a parallel in Korean culture, which is steeped in tensions over its hierarchical traditions, for blockchain technology’s potential to disrupt and decentralize. “The guys who got big money from their parents and those who are self-made – their start lines are totally different,” Hwang said. “Blockchain tech can demolish these gaps. The basic factor of blockchain is to demolish the middleman. Blockchain can make Korea fairer for people.”